Värmlands County in Sweden isn’t known for it’s mountains. When going up the northern parts you find the grand views, with it’s low land valleys and mountains on both sides.

Värmlands highest peak is named Granberget (700m). Last weekend me and my brother decided to go on a three day hike from Höljes (village) to Granberget, from Granberget to Långberget (631m) and then to Sysslebäck (village).

From Höljes it is about a fourteen kilometer hike to Granberget, with a total of more than 700 meters of icline. I and my borther started hiking, both with quite heavy packs for multi day hiking. The rain were hanging in the air so we put our rain covers on our packs.

Ten kilometers later we almost thought we were going to be able to avoid getting wet from the rain. A few minutes later the sky opened up. Wind and loads of rain made us hurry our last four kilometers up the peak.

We put up our tent, and threw our packs and ourselves in. The time was about 5 pm, so we had to wait quite a while before we could sleep.

The wind shook our tent as often as it could, And as storm warnings were issued across Sweden and Norway, me and my brother tried to sleep in an very exposed tent. I slept as a baby. I love my tent.

The next morning everything was wet. I had to hike in rain pants, since my hiking trousers were soaking. Our boots had had their fills of water as well. Since the ground were so wet after the rain during the day before, our boots kept wet for many hours. Not until the evening they had started to dry out, meaning our toes were pale as ghosts.

All in all we succeded with the hike. The views were really nice and we were both happy. But the feat became somewhat harder than we anticipated thanks to our arrogance thowards the risk of rain. 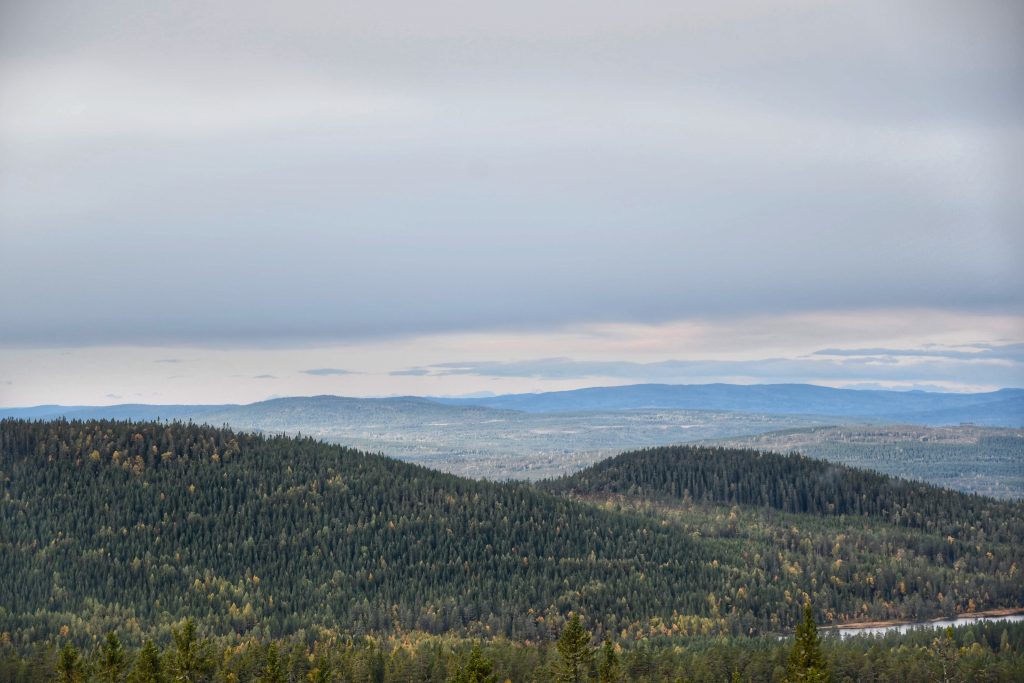 The Värmlandstrail is a hiking trail in Northern Värmland county, reaching from Höljes in the north to Branäs in the south. The trail is passing two peaks, Granberget (700m) and Långberget (637m).